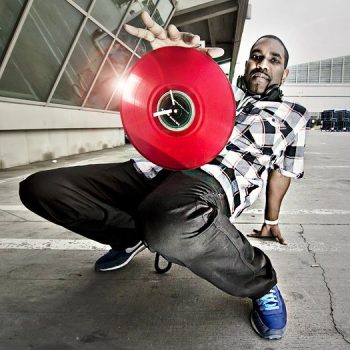 Renegade has a long history in UK Hip Hop. Starting popping, breaking and locking in 1982.

He continued dancing until 85/86. Began scratch Djing and producing in 1987.
He was the DJ for Blade and Son of Noise releasing various records, touring many countries
and supporting untold artists.

One of the original members of the world renowned Scratch Perverts who were considered
one of the best scratch Dj collectives in the world. Active member until the group split in
2000.

He has been a Dj and judge at various events around the world including, Battle Of The Year,
Freestyle Session (US, Korea, Japan, Europe), Urban Games, BBoy Summit, Mighty 4, Style
Elements Anniversary, Belgian BBoy Champs, Juste Debout Final in 2009 and many other
dance competitions around the world.

Currently Renegade is a member of the Extended Players along with former partners Harry
Love and Mr Thing. They are also joined by Shortee Blitz and DJ MK.