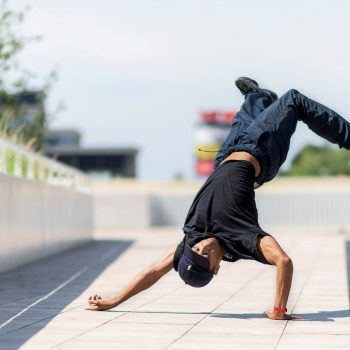 Bboy Sunni comes from UK and as a recent winner of the UK B-Boy Championships World Finals, Sunni is fast becoming one of the World’s top bboys. At just 21 years old, he is currently top of the Undisputed BBoy Rankings. London based Sunni represents his crew Soul Mavericks travelling worldwide to train and compete with the world’s best and make a name of himself on the global competition circuit. Sunni is best known for his original style combined with natural creativity, power and charisma. A natural performer, Sunni explodes into life when he hits the dance floor letting his moves do the talking. Some of his notable achievements include representing the UK at the B-Boy Championships over the past 5 years and, in 2015, winning major titles at IBE & Unbreakable.Sunni is an ambassador for Relentless Energy Drinks.