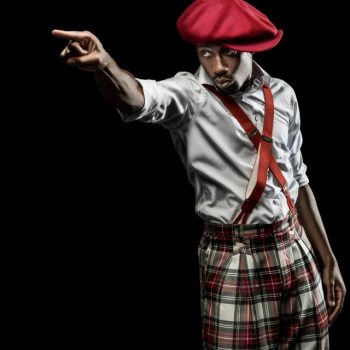 Locking dancer, teacher and choreographer. Willow is well-known and respected in the Hip Hop scene thanks to his various successes in battles all around the world in the last ten years, and also to his pedagogy as a teacher.

Currently he teaches at the Juste Debout School and other several studios in Paris, he works as a dancer for showcases, theatre shows, TV, etc. He also judges and gives workshops all around the world, mainly in Europe and Asia.

He is the founder of the crew Time Room Lockers, member of Enfants Prodiges and Team Rocket.

Here are some of the main battles he has participated in: 2nd place Bboy Summit 2006 Los Angeles, winner Who iz Who 2010-2011-2012 Paris, winner Funkin Stylez 2012 Berlin, winner Roots International 2011, 2nd place World Dance Colosseum Tokyo 2011, Winner Funkcamp 2014 Sweden, Winner Urbanation 2015 Paris,  Winner Back to the Styles 2016 and many many more in France, Europe and all over the World.